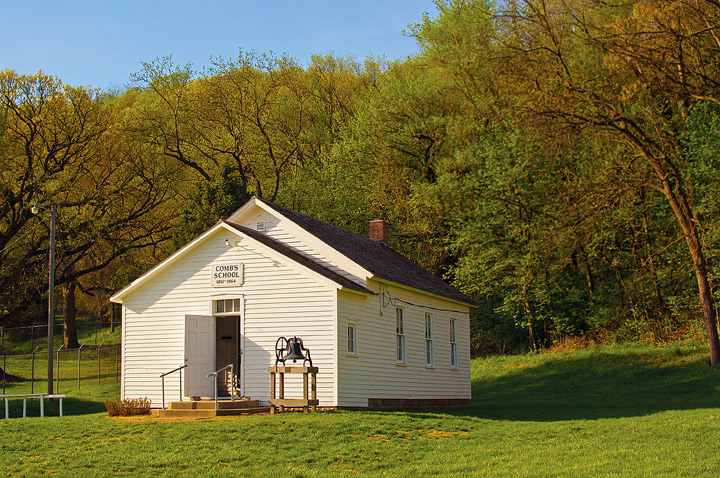 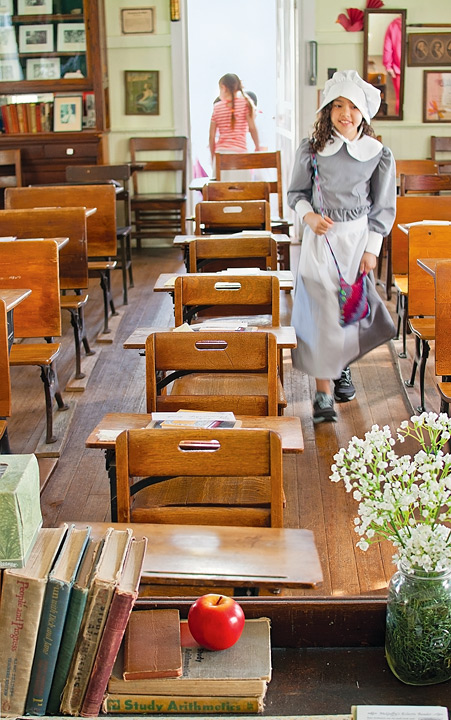 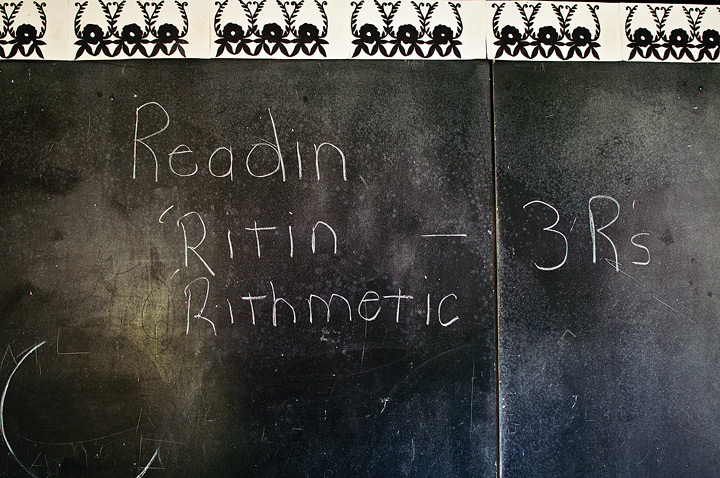 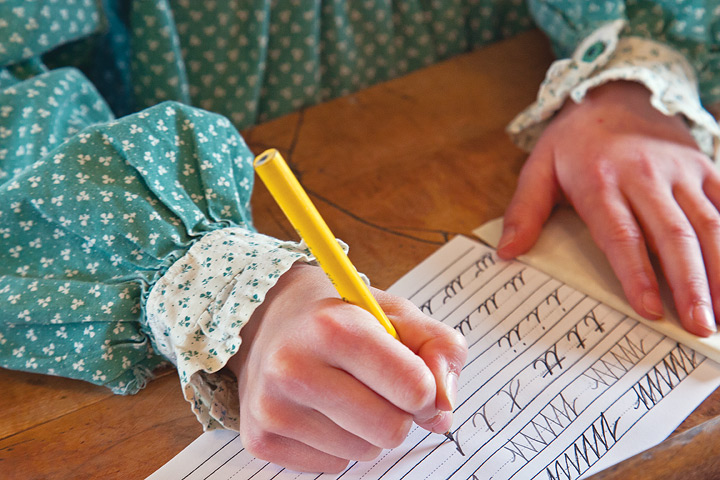 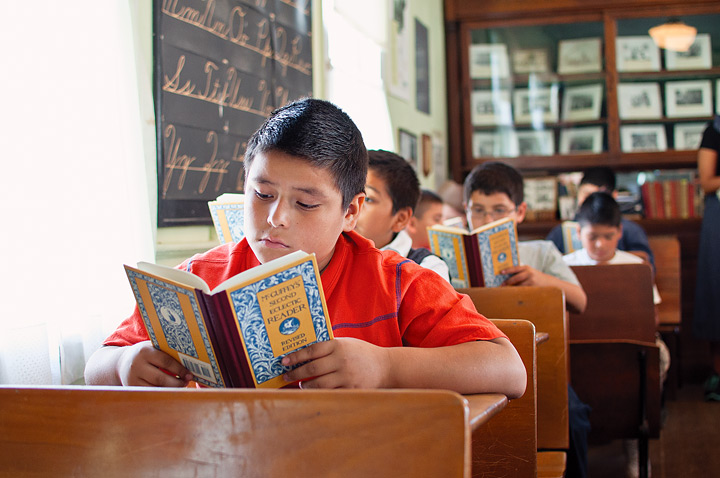 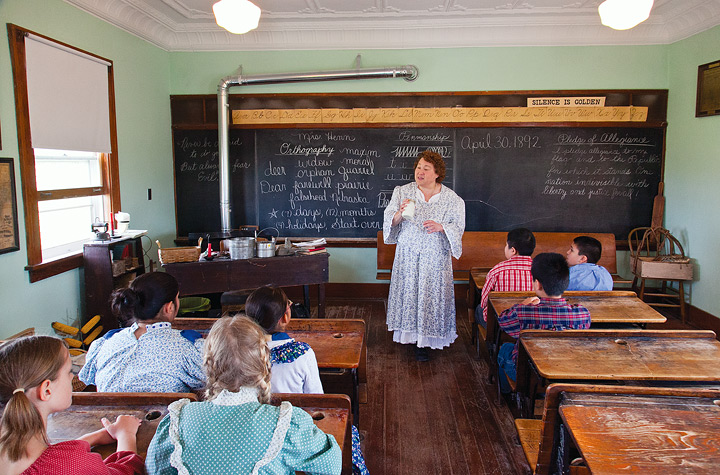 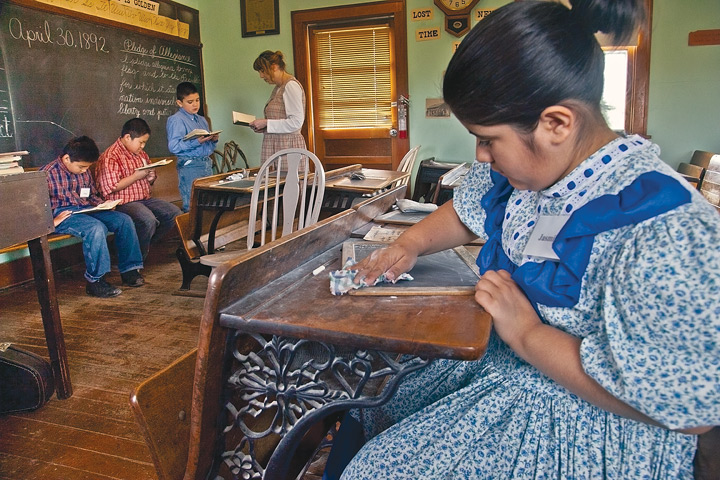 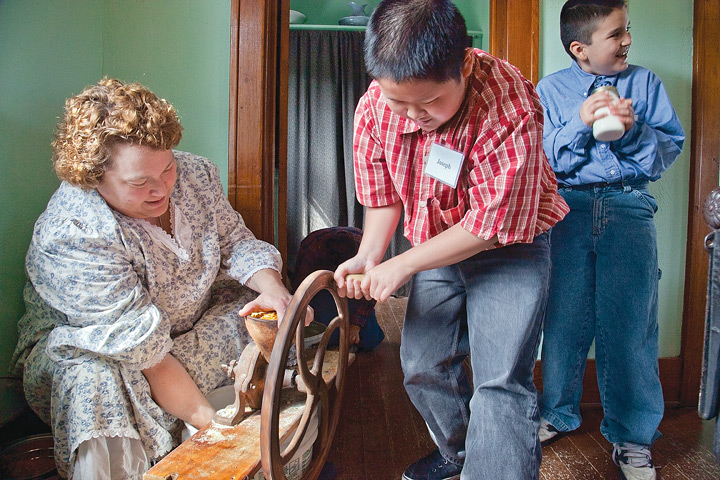 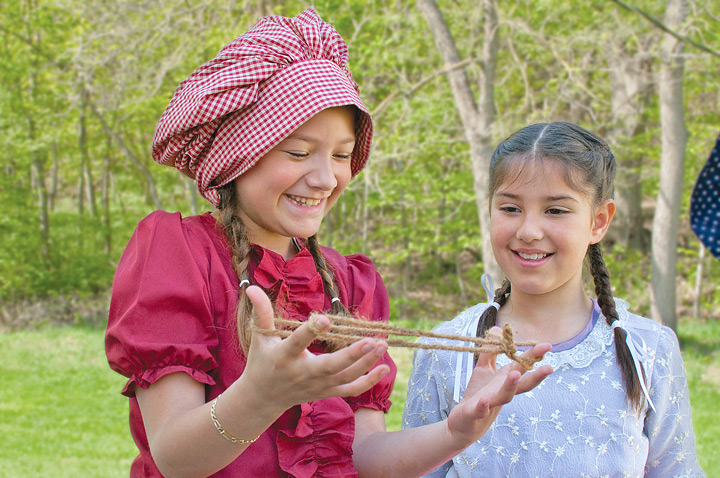 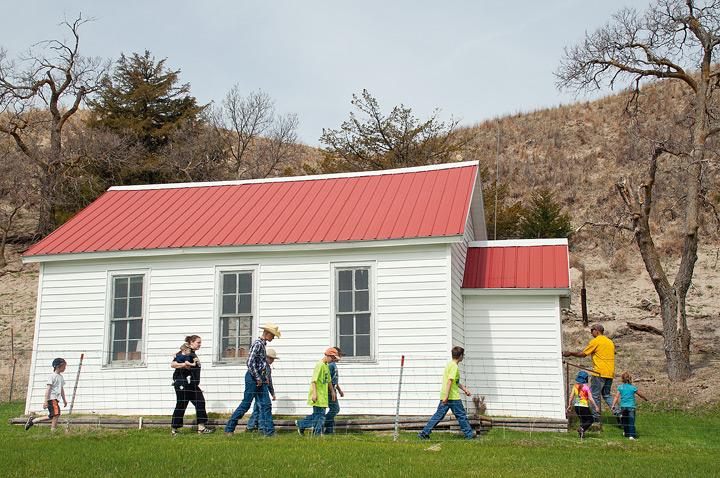 A YOUNG FEMALE teacher in a long black dress yanks hard on the clanging school bell to greet her students. Just hours ago she rolled out of the same bed she shared with two girl students, because half of her stipend is the free lodging provided by that local family's farmhouse.

Soon the students from ages 4 to 18 answer the bell, and the young ladies line up first in their prairie dresses in front of the one-room schoolhouse. They're followed by the young gentlemen, with overalls that have been muddied by all the farming chores at the crack of dawn. They put their coats and tin lunch pails in the hallway vestibule and get ready for a long day of lessons.

They recite the Pledge of Allegiance, but "under God" won't be part of our patriotic oath for decades. After she plays the piano for their morning songs, that strict schoolmarm will check boys' fingernails, and if any dirt remains from the farm, they'll have to pump the water from the well and scrub their hands with lye soap .

Portraits of Presidents Washington and Lincoln hang on the wall by the 37-star American flag in the small classroom, where the young gentlemen sit across from the young ladies. Any misbehaving fellow will be exiled over with the young ladies, or if he's really out of line, he'll head over to the dunce stool, or perhaps even feel the sting of a wooden paddle. There's no electricity, and an early burst of winter whips into the room. Thankfully, their teacher has already loaded up the wood in the pot-bellied stove, though that won't help a shivering child in the outhouse.

The schoolchildren sit erect in their chairs, poised with chalk in their hands ready to "compute" their addition and subtraction and multiplication tables on their little slate boards. After the spelling lessons, they'll dip turkey-quill pens into inkwells for their cursive penmanship practices.

Then minds start to daydream about those lunches packed by their mothers in tobacco tins and peanut butter cans. They might get fried chicken, hard boiled egs, or rolled-up pancakes with jam left over from breakfast, and for a lucky few there's a special treat: the lard sandwich.

In the years after Nebraska Territory was formed, rural educations and one-room schoolhouses taught children about the difficult-but-good life. By 1918 our state had nearly 7,000 of these little houses on the prairie. After America finally graduated from the Great Depression, one-room schoolhouses started vanishing almost as fast as bison did the previous century.

But Nebraska held tight to its past, and in 1986, it still had 385 one-room schoolhouses. That was more than any other state and 45 percent of the entire U.S. total. Two decades later, they were all gone. The reclassification policy placed the schools in larger districts instead of the tiny villages that sometimes had just one student in the entire school.

But the lard sandwich lives on, and so does this treasured bounty of Nebraska heritage. We have found one-room school programs that celebrate those old school days throughout the state, from the northeastern edge in Dakota County to the southwestern rim of the Panhandle near Wyoming.

So let's all hop on the magic school bus (or buggy) and travel back in time more than 100 years, when students endured the toughest of times and learned the most valuable of lessons.

If we're going to go "old school," we might as well begin in Dakota County at what is believed to be the oldest standing schoolhouse in Nebraska. Just 36 feet long and 20 feet wide, much of this old white-framed building remains from when it was erected in 1857 a few miles south of Dakota City, Neb., near the Missouri River in the former town of Omadi.  The building moved several times until it found a home in Homer by the Combs mill. The cherished school closed for good in 1964 because of redistricting, and then in 1976, the Combs landmark was moved onto the grounds of another Homer landmark.

Overlooking Combs on this beautiful countryside is the famed O'Connor House, a 14-room brick mansion toured by the students and many Nebraskans. Irish immigrant Capt. Cornelius O'Connor built it in 1875 upon shaved stone slabs. Making sure the old school keeps up its historic image is the O'Connor estate's neighbor, Jean Hummel, a dedicated volunteer and great-great-granddaughter of O'Connor. Her family for generations has helped care for the O'Connor property.

About 450 third-grade students visit the school each spring, and after long days at her banking job, Hummel dashes over to make sure everything is ready for the kids to travel back to the 19th century. She makes sure it all rings true with a large old Iowa school bell at Combs that's on loan from her late husband Randy Hummel's family.

"I'm trying to give them an idea of what it was like 100 years ago or even 150 years ago," said Dee Ashley, a retired teacher from Sioux City's Harney School.

The kids belt out a patriotic rendition of "My Country 'Tis of Thee" and are dedicated students in their spelling, penmanship and arithmetic. They all bravely recite reading passages. While some of the girls have dresses that make them appear to have beamed right out of the 1880s, most of these city kids are on unknown ground.

"It's a unique experience for them," said Marsha Henderson, a first-year teacher at Harney who helped supervise the field trip. "They don't know anything about country life or farm life."

It was not that long ago that the young teacher and 2012 Wayne State College graduate enjoyed a school trip here as a student from Wakefield. Henderson's favorite memory was riding a giant, old-fashioned merry-go-round. Many of her students on this day experience that same thrill. The blur of the past and present is fascinating as kids race about near the old school and stop to snap photos on their digital cameras and cell phones.

Another volunteer teacher here is Larry Armbright, a retired Army lieutenant colonel who now acts as the stern school master. But it was hard for him to keep a straight face when a boy asked him if they had popcorn back in the 19th century. Sure they did, but first you had to grow it, Armbright said. The young student's head shook in disagreement.

"They couldn't have had popcorn," the boy responded confidently. "They didn't have microwaves." 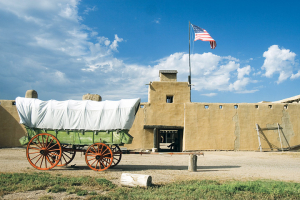 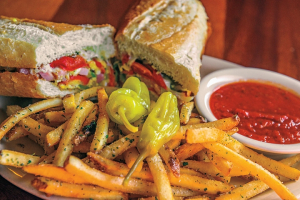 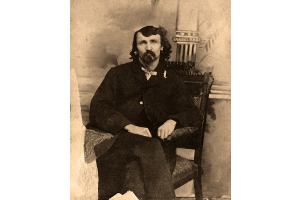 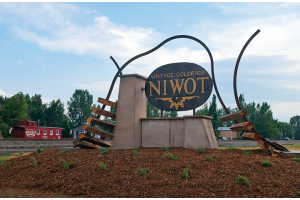 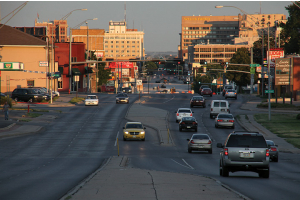