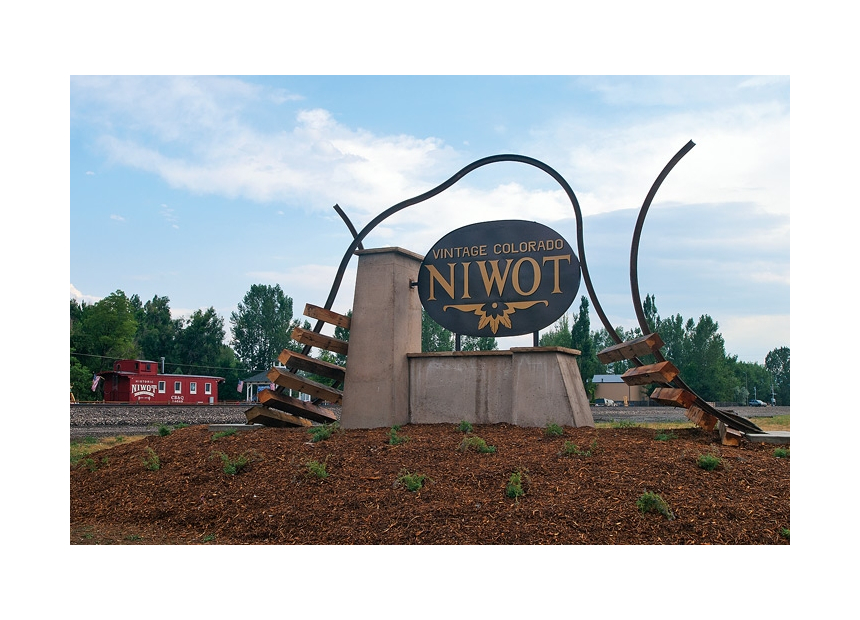 Niwot’s roots as a railroad town and present-day artistic spirit mingle in a new roadside sign meant to draw in motorists passing on the Boulder-Longmont diagonal highway.

IT’S THE KIND of place where you can buy a sack of chicken feed at Niwot Rental & Feed, then stroll next door and buy a Porsche from Gunbarrel Import Motors. Further up Second Avenue, the town’s historic main street, you can stop by Niwot’s hip art galleries for the First Friday Art Walk before going to the Hitching Post to buy a saddle, bridle and other horse tack.

In this rural-cosmopolitan arts hamlet where creative traditionalism is the norm, it’s not unusual to hear the marching band follow John Phillips Sousa’s “Star and Stripes Forever” with Iron Butterfly’s “In-A-Gadda-Da-Vida.”

“We outgrew the flatbed trailer we used in parades, so some of us march and some of us ride on the trailer,” said Bruce “Biff” Warren, who helped found the band. 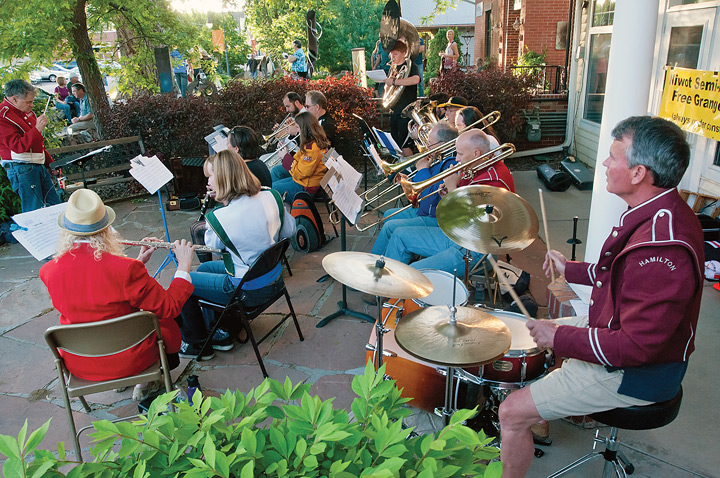 Warren is a trombonist in the band, partner in a Niwot law firm, editor of the local monthly paper, The Left Hand Valley Courier, and is considered by some to be Niwot’s unofficial mayor (which he politely denies).

Unofficial because Niwot doesn’t have an official mayor, because technically speaking, the town of Niwot is not a town at all — it’s an unincorporated part of Boulder County. But Niwot’s status as an unofficial town has done nothing to stop it from developing a distinct town identity and town pride. There are probably few towns, official or otherwise, that can rival Niwot in parades per capita. Not having a mayor or city council has drawn Niwotians (rhymes with “oceans”) together.

“Because there’s no city government, if we want to get something done, we have to do it ourselves,” Warren said. “We have to get volunteers in the community, and that makes people more invested in the community.”

Niwot takes its name from Chief Niwot, an Arapaho Indian leader who welcomed white settlers to the area in the 1859. Niwot is Arapaho for “Left Hand,” which explains why the town is in Left Hand Valley near Left Hand Canyon and Left Hand Creek. Niwot, the man, was among the 163 peaceful Cheyenne and Arapaho people killed at the Sand Creek Massacre in 1864; it’s said that he stood with arms folded in the midst of the bloodshed, re
fusing to fight, before he was struck down.

The town took form in 1873 as a railroad stop midway between the larger cities of Boulder and Longmont. It reached its agricultural heyday in the first decades of the 20th century, as farmers from the surrounding fields would come to Niwot to load their sugar beets onto trains.

The trains don’t stop in Ni 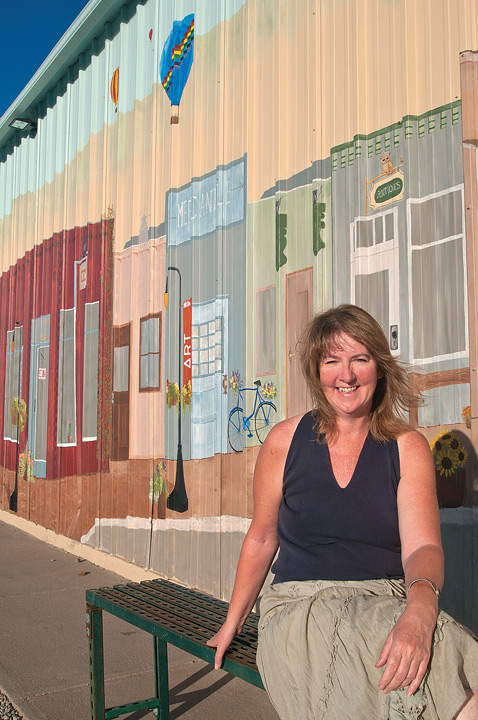 wot anymore, and beet-laden wagons no longer crowd the street at harvest time, but the legacy of trains and farming is still apparent everywhere you look. Niwot is home to Left Hand Grange No. 9, the state’s oldest active grange, a fraternal organization originally for farmers that is focused these days more generally on community service.

“Over the years, the demographics have changed considerably,” said Anne Dyni, Niwot historian and author of Niwot, Colorado: Birth of a Railroad Town. “The grange kept current, not with farmers but with community people as members.”

The white, two-story Grange Hall, built in 1907 and still the tallest building in town, serves as a hub for the community.
It hosts an array of meetings, including performances of the Semi-Marching Free Grange Band. The Grange Hall anchors the Old Town Historic District along Second Avenue, a block of storefronts that’s been preserved to look much as it did a century ago.

Second Avenue – all two or so blocks of it – remains the heart of Niwot. Take an afternoon to walk down the street and chat with the shopkeepers and you get a neat portrait of the town in microcosm. Or if you start your tour at the west end of the street, where it meets the Boulde-rLongmont diagonal highway, you can see an actual portrait of the town in the form of a 160-by-25-foot mural called “The Spirit of Niwot.”

The massive mural fills the entire side of the Excel Electric building facing the highway, a folksy interpretation of Niwot landmarks painted last year by local artist Denise Chamberlain with help from the considerable artistic talent of the town’s citizens.

“We have so many musicians and artists that live in this town, it’s crazy,” Chamberlain said. “There are some really special places on the planet that draw people to them – like here. Everybody’s something else, but also an artist.”

It took her four months to paint, during the hottest summer on record, standing atop a four-wheel scissor lift. It was hard work, but the project had a sweet upside – the building that served as the mural canvas also housed a bakery, My Mom’s Pies.

“All summer long, the smell of pies is wafting out these windows,” Chamberlain said. “They gave me pie every day – and they make the best pies.” 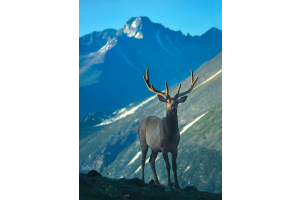 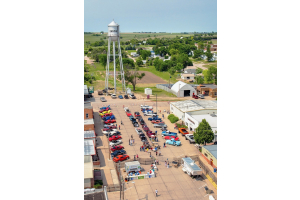